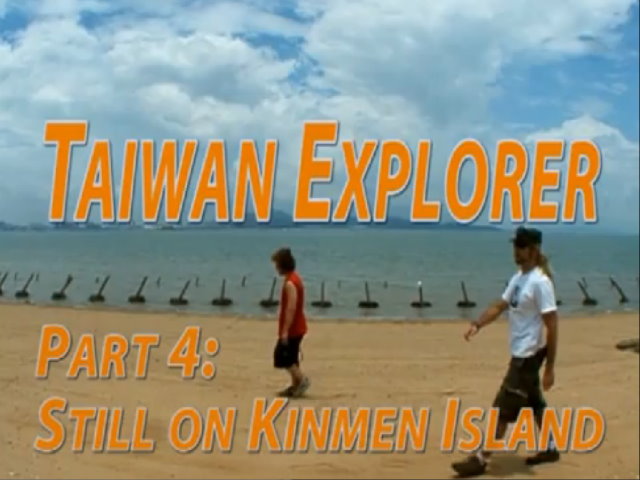 Kinmen Island, 150km west of Taiwan and only 2km from the Mainland is where the Taiwan-China split took place. We fly in for a few days to snoop around and see the remains of the civil war.

Little Kinmen Island is EVEN CLOSER to the Mainland, and until recently has been under constant threat of an invasion. As a result it is a maze of bunkers and minefields. CHeck it out!

Some more roaming on the island and then a wonderful flight across most of the island back to Taipei.